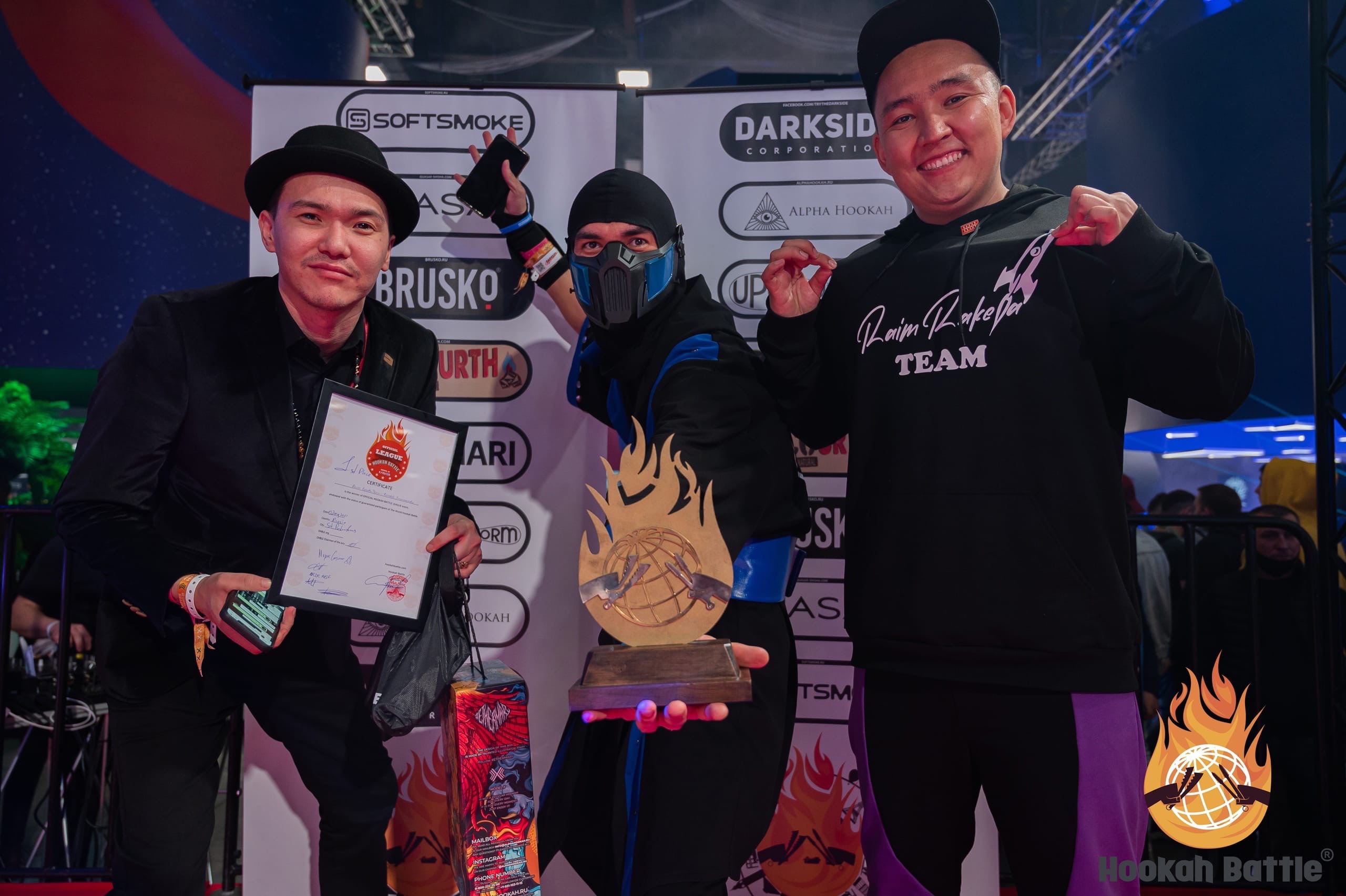 Hello, tell us a little about yourself.
Hi. My name is Raiymbek, I am 24, I live in the city of Aktau on the coast of the Caspian Sea.

What difficulties did you encounter?
After applying to participate in the HookahBattle, we immediately bought tickets with a transfer through Turkey, then we learned that we would not be able to fly to Russia through the second country due to bans, and the tickets were non-refundable.

Was there a thought to refuse to participate?
I decided that I would not fly, I was sad for a couple of days because of the situation with tickets, but my brother told me that I must definitely fly and take part in this Battle, and he helped me to cross the land border in a truck, so we crossed the border. 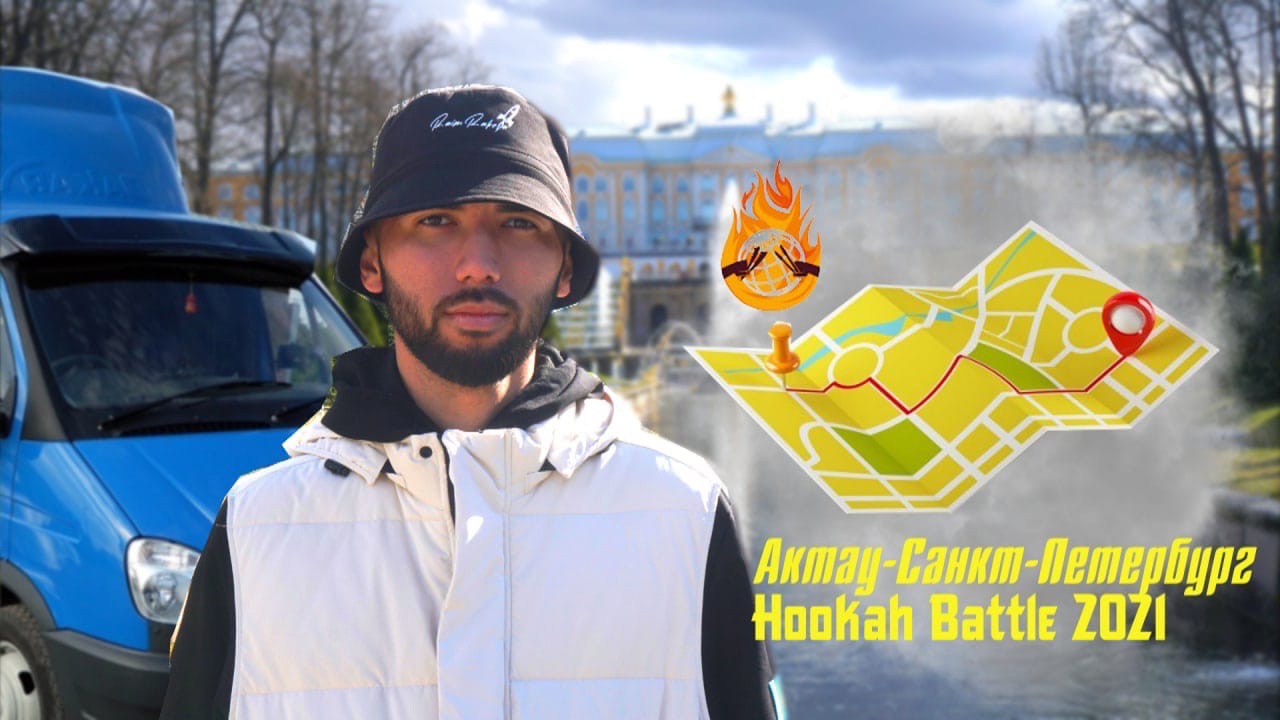 How long have you been doing hookahs? What is your experience?
I have been dealing with hookahs since 2014.

How are things going with the hookah industry in Kazakhstan?
How the quarantine began in Kazakhstan, the establishment with hookahs was limited, and besides, smoking in public places was prohibited by law, we work in a closed form, only for our old regular guests.

How did you get the idea to take part in Hookah Battle? What are your impressions of your Battle?
The idea to participate in the Hookah Battle came in 2019 in December of the Afzal Hookah Battle Junior League, where I took first place, before that I participated only in local HookahRematch, from each battle I get pleasure and motivation to become even better. 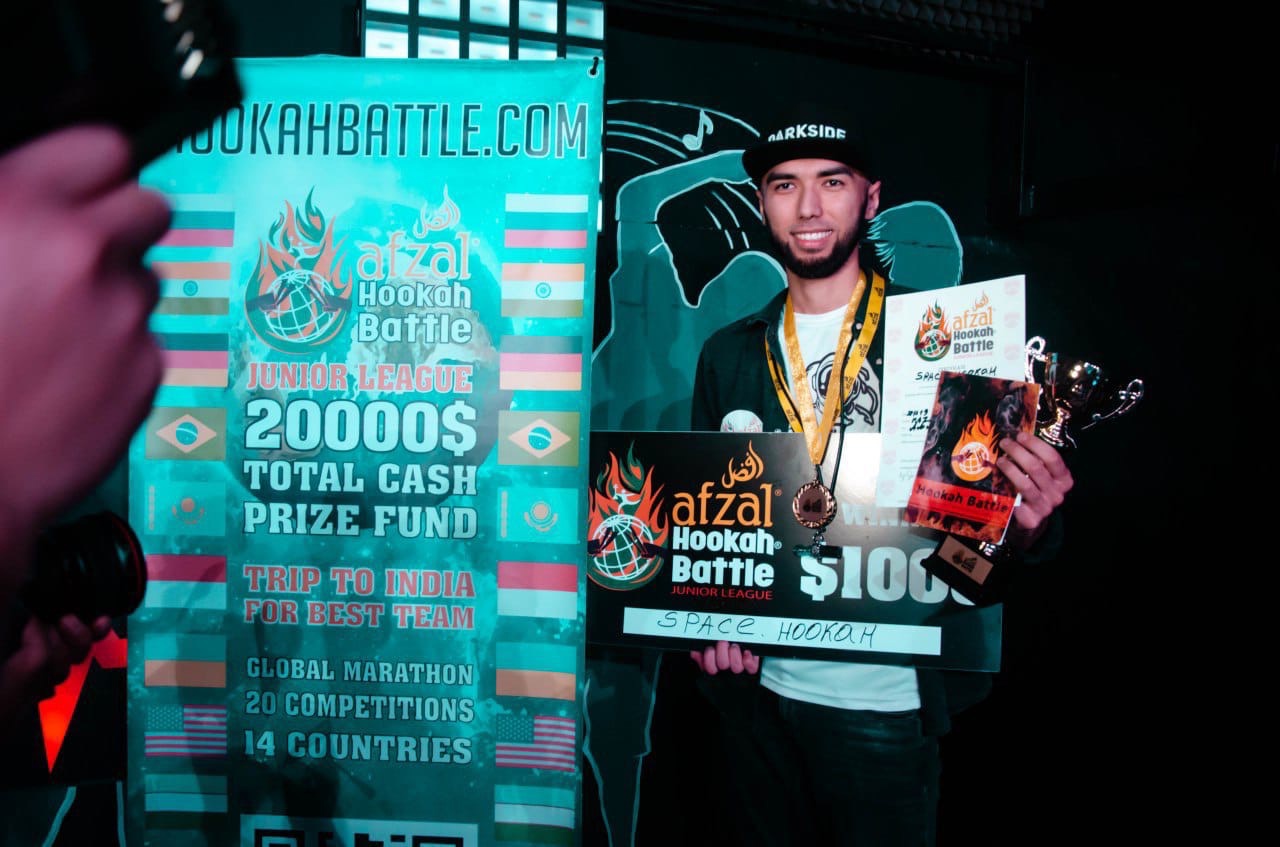 How did you come up with the idea to create a hookah with which you won?
To create a hookah in the Mortal Kombat theme was in my thoughts for a long time, but I thought about how to do it all, threw in different options, and we made everything from improvised materials, the costumes for the performance were made by Dariya Wear, so they helped us a lot, and we glued lamb bones to the hose for the visual effect of “fatality”. 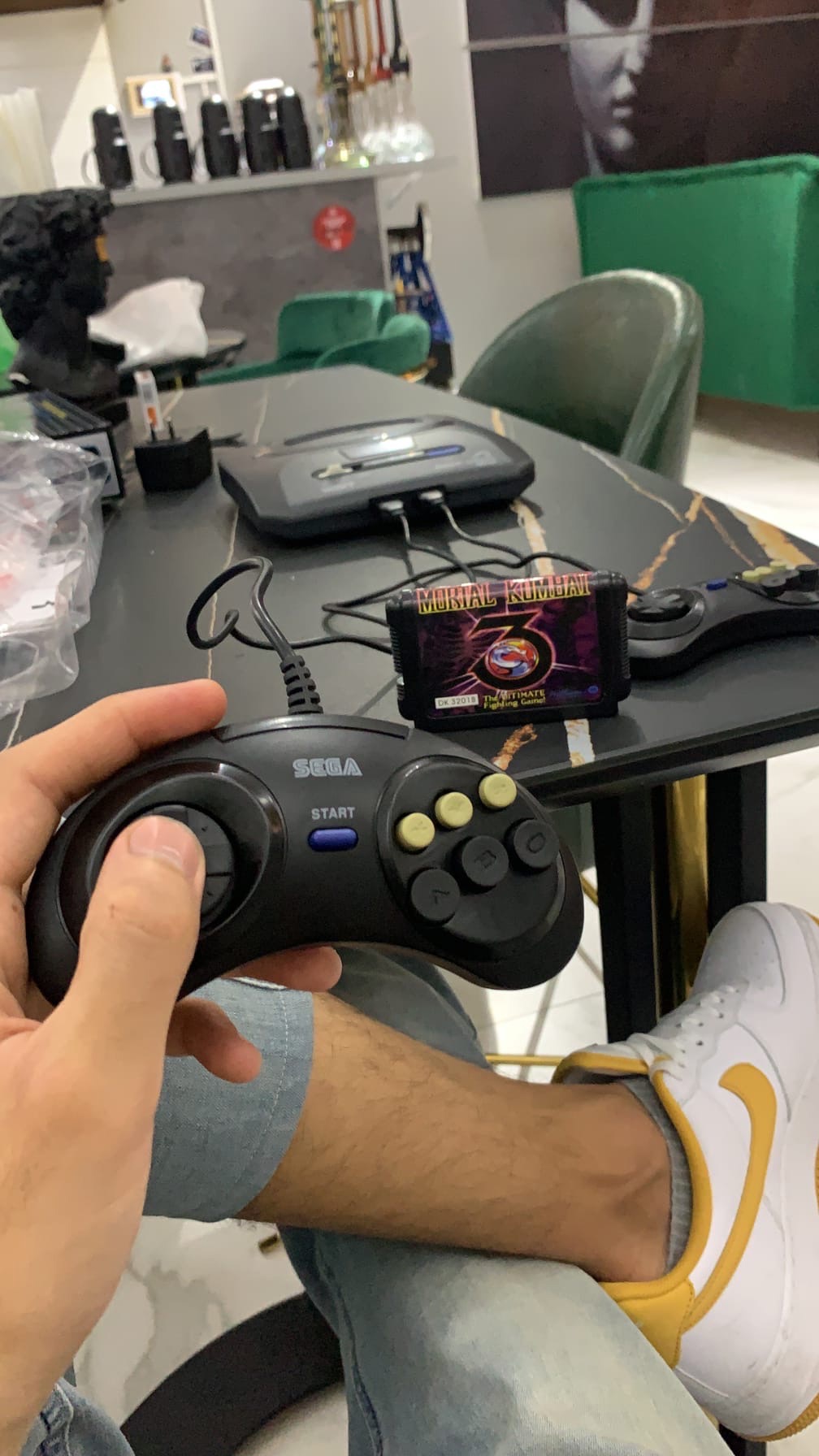 What difficulties did you have to face in creating this hookah?
There were difficulties from the beginning of this project, first of all we started looking for a master who could make the iron hand of Jax Briggs (a character in the game), everyone refused, we ourselves took it and did it in a couple of weeks. 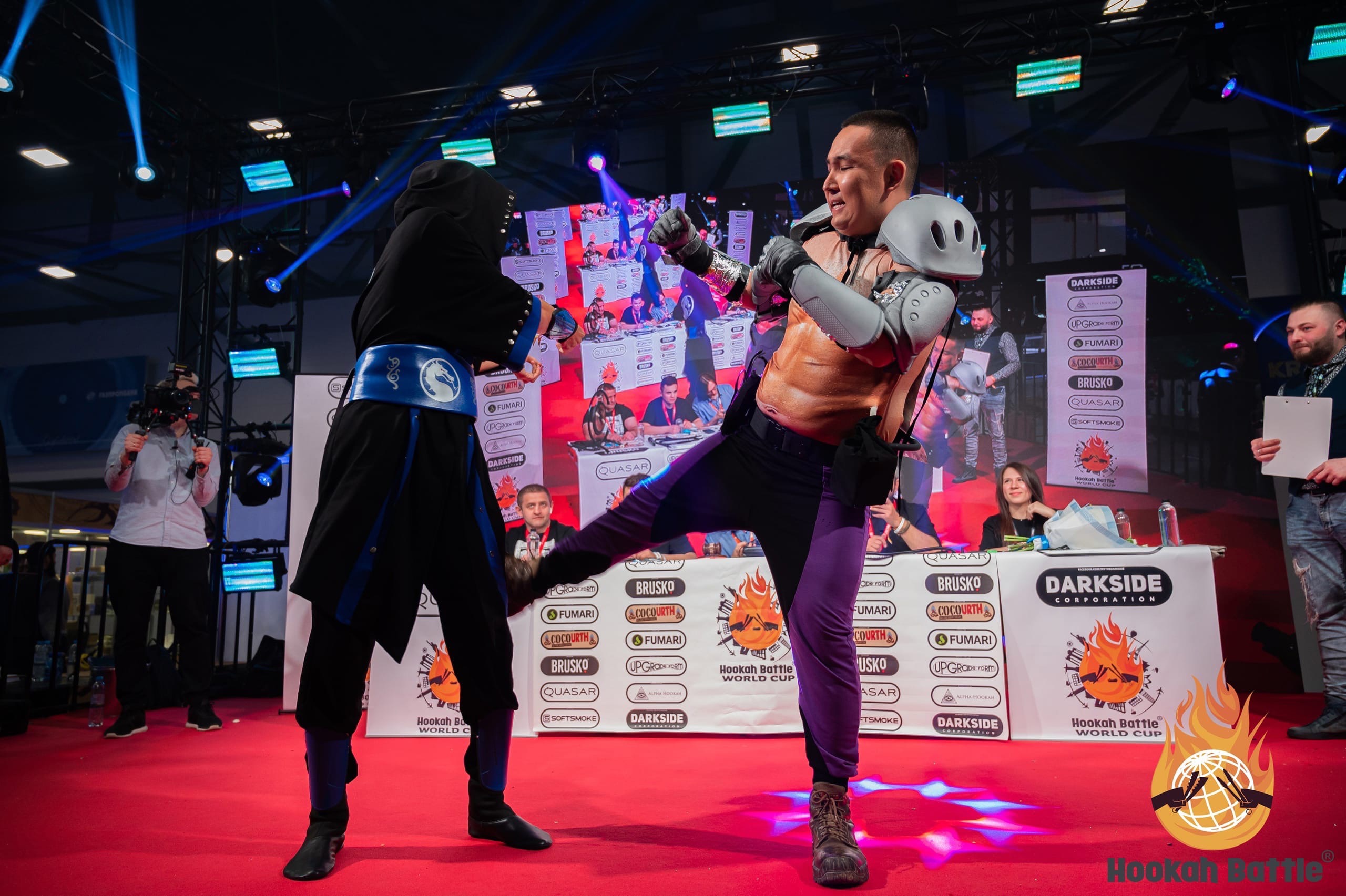 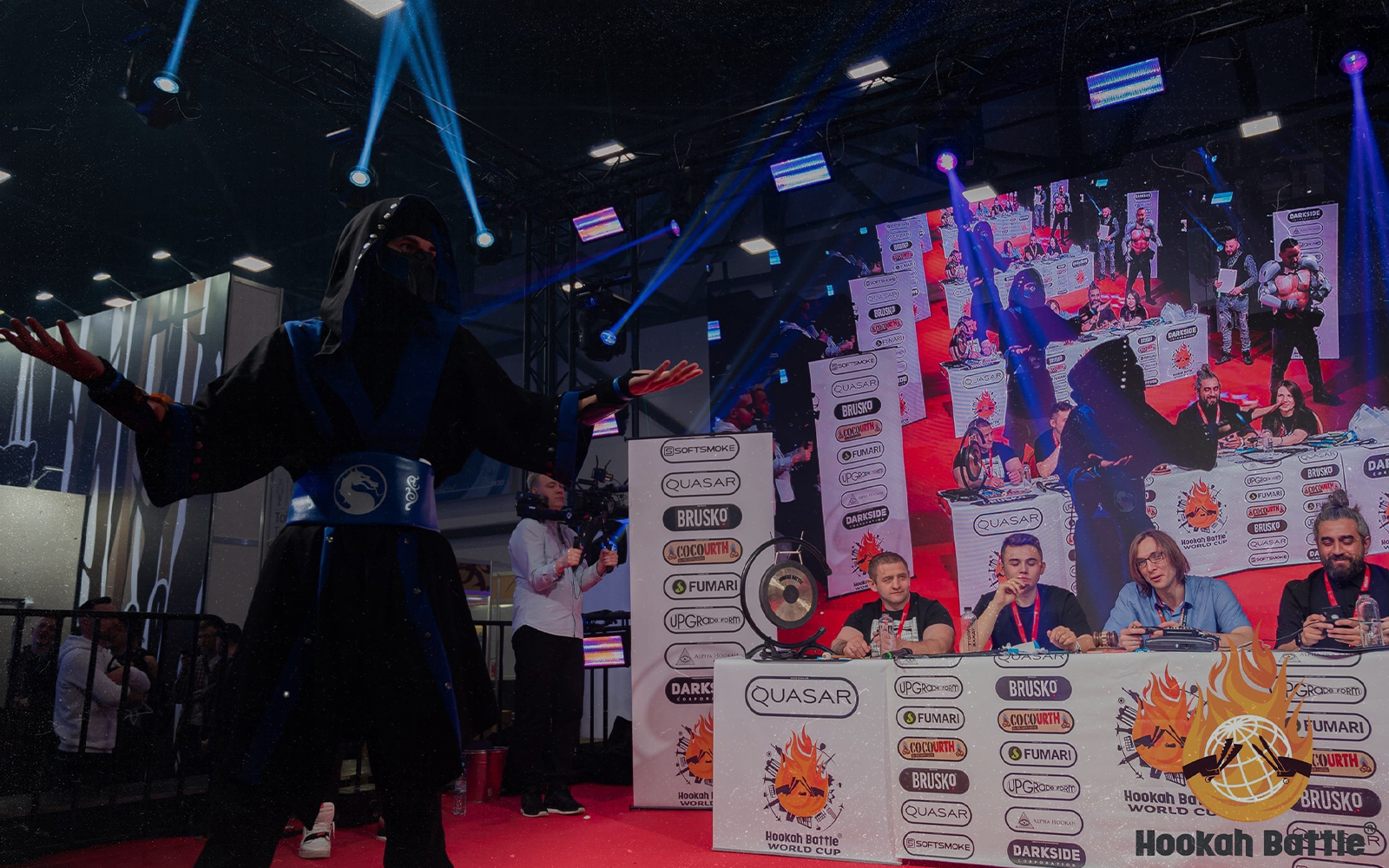 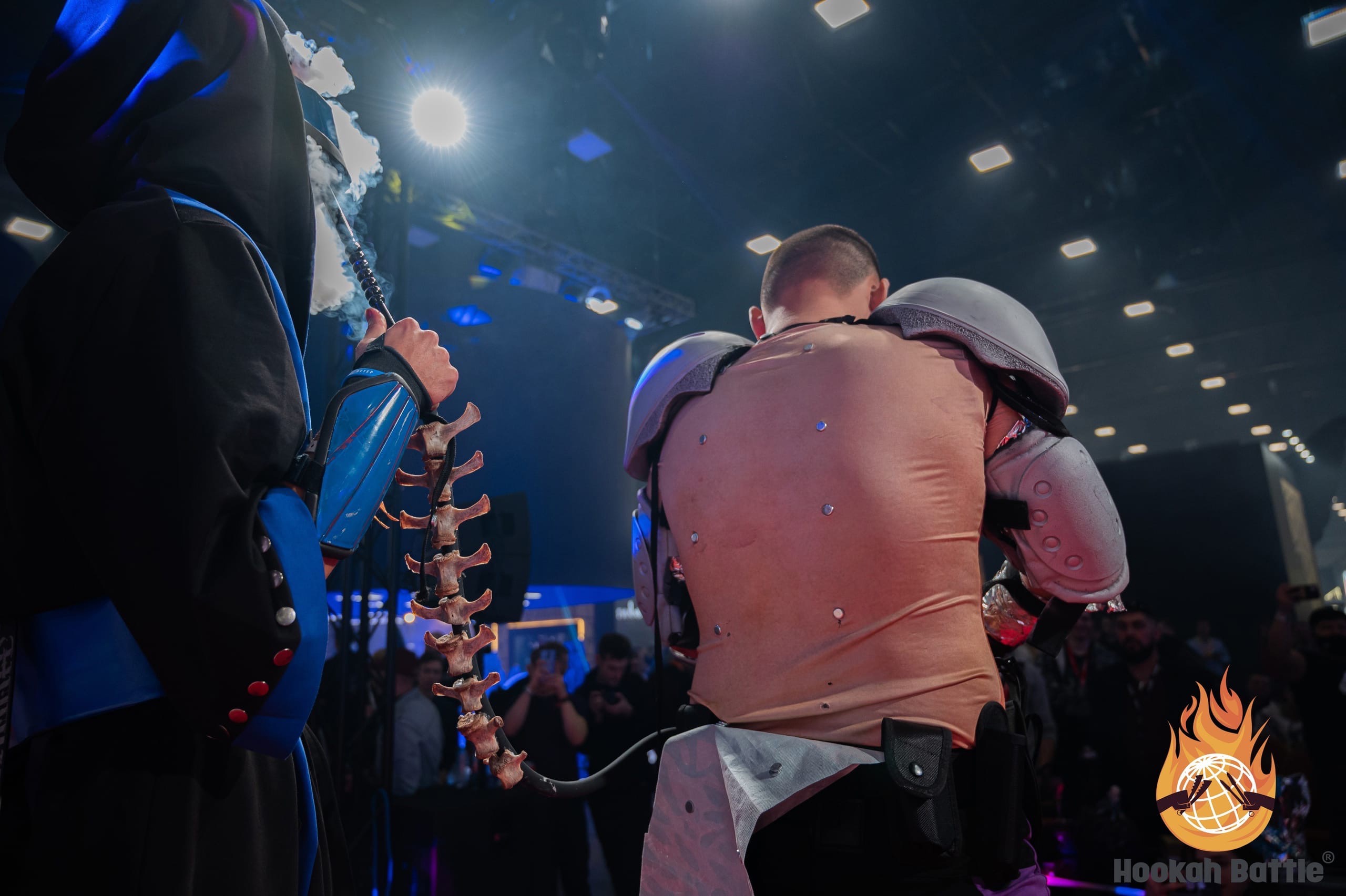 What mix, what brand flavors did you use in the winning hookah?
My winning mix: Darkside Supernova 40% + Spectrum Gazpacho 30% + Northern Watching Grenade 30%, I mixed the Refreshing Bloody Mary because SubZero is cold and Mortal Kombat is associated with blood.

What idea of a hookah did your opponents like?
I liked Bayram Aliyev’s hookah who made Roulette.

How does it feel to be a winner? How did your close friends react to the victory?
To be a winner is indescribable.

How did your close friends react to the victory?
Friends and relatives all congratulated as soon as they found out that I won, because they all watched the HookahBattle live stream, even wrote about our victory on some Instagram news pages, and of course, how can we do without haters. 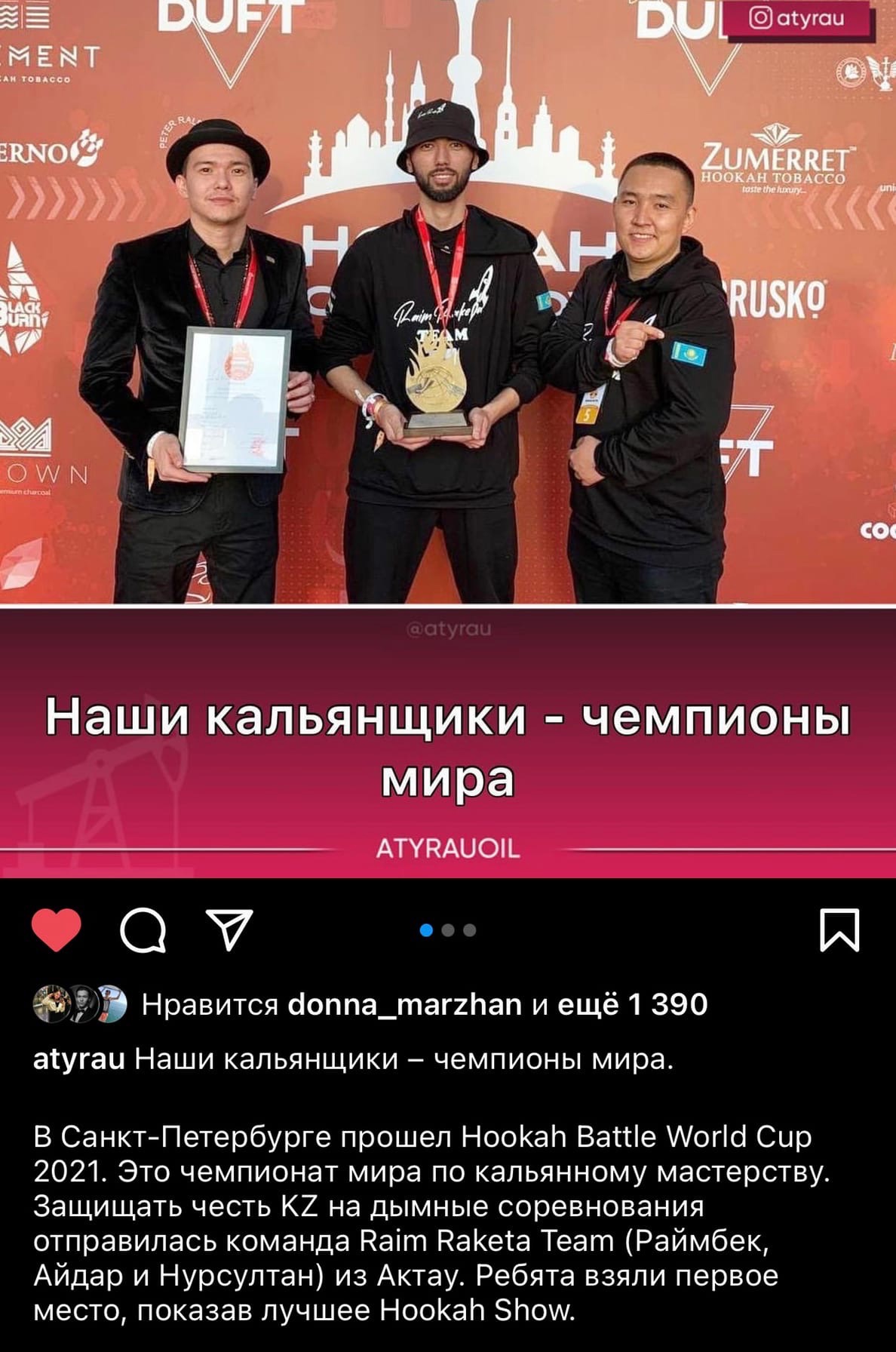 What is the Battle of the Hookahs for you? What do you want to achieve?
For me, the Hookah Battle is a family, it was here that I found a lot of friends in the hookah sphere and everyday life, I am very glad that HookahBattle exists. 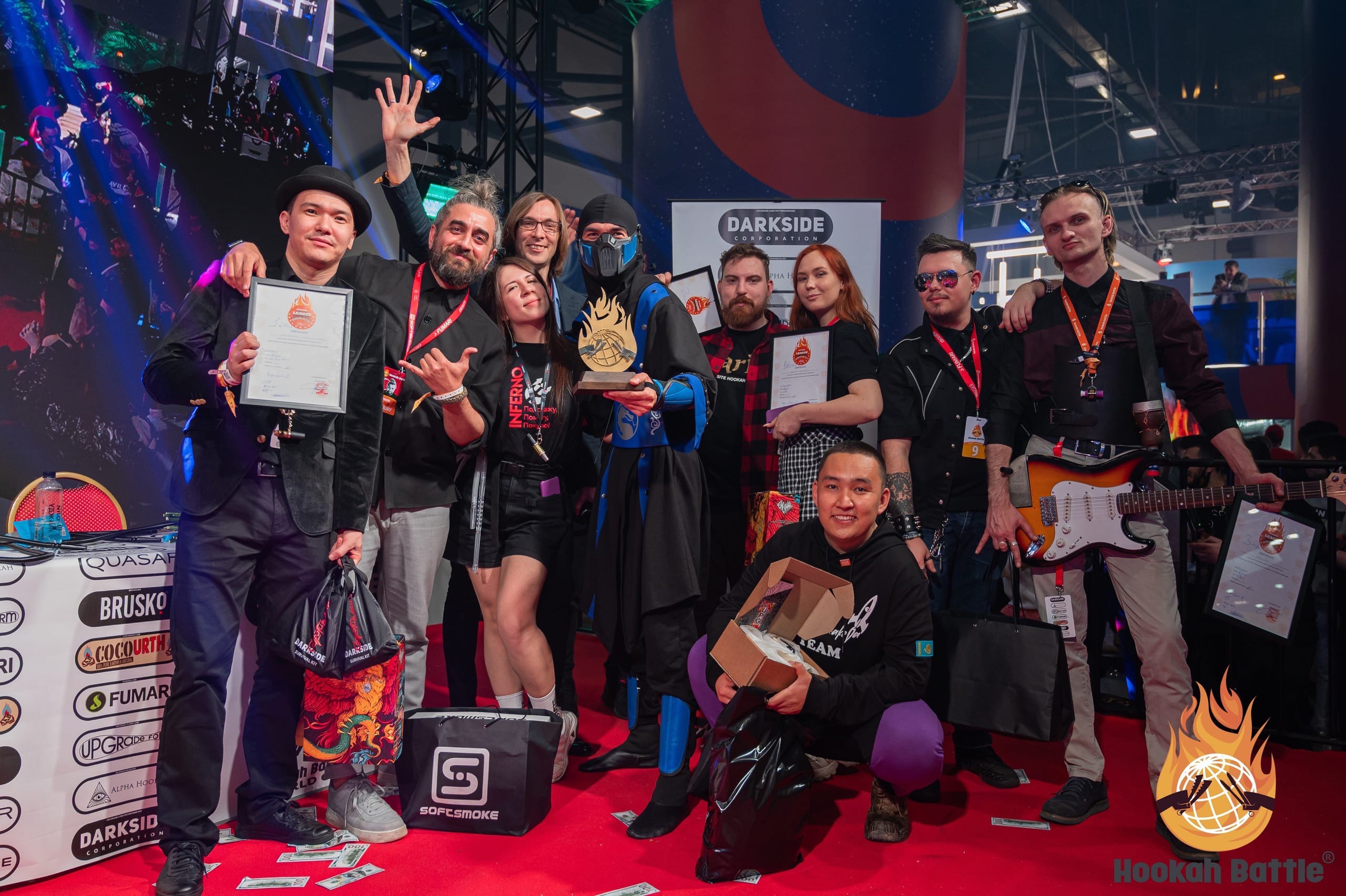 What are your plans for the future? Are you going to continue to participate in the Battles?
There are a lot of plans for the future, to participate in all battles that will take place and take all existing cups. How Thanos from the Avengers movie collected all the stones, so far, I have two cups in my piggy bank: Afzal Hookah Battle 2019 and HookahBattle World Cup 2021, and of course, go to the Hall of Fame as soon as possible and proudly wear a ring from Maklaud.

What do you like to smoke at home? What brands of tobacco? on which hookah?
I don’t smoke at home, because I have a son. I smoke at work, from tobacco I mostly smoke Tangiers, Darkside, Satyr, Spectrum
From devices Wookah, Alpha Hookah, Hoob Hookah.

What advice would you give to novice Hookah Battle athletes?
HookahBattle beginner athletes would advise to make spectacular projects, and when creating a project, be patient and hardworking. 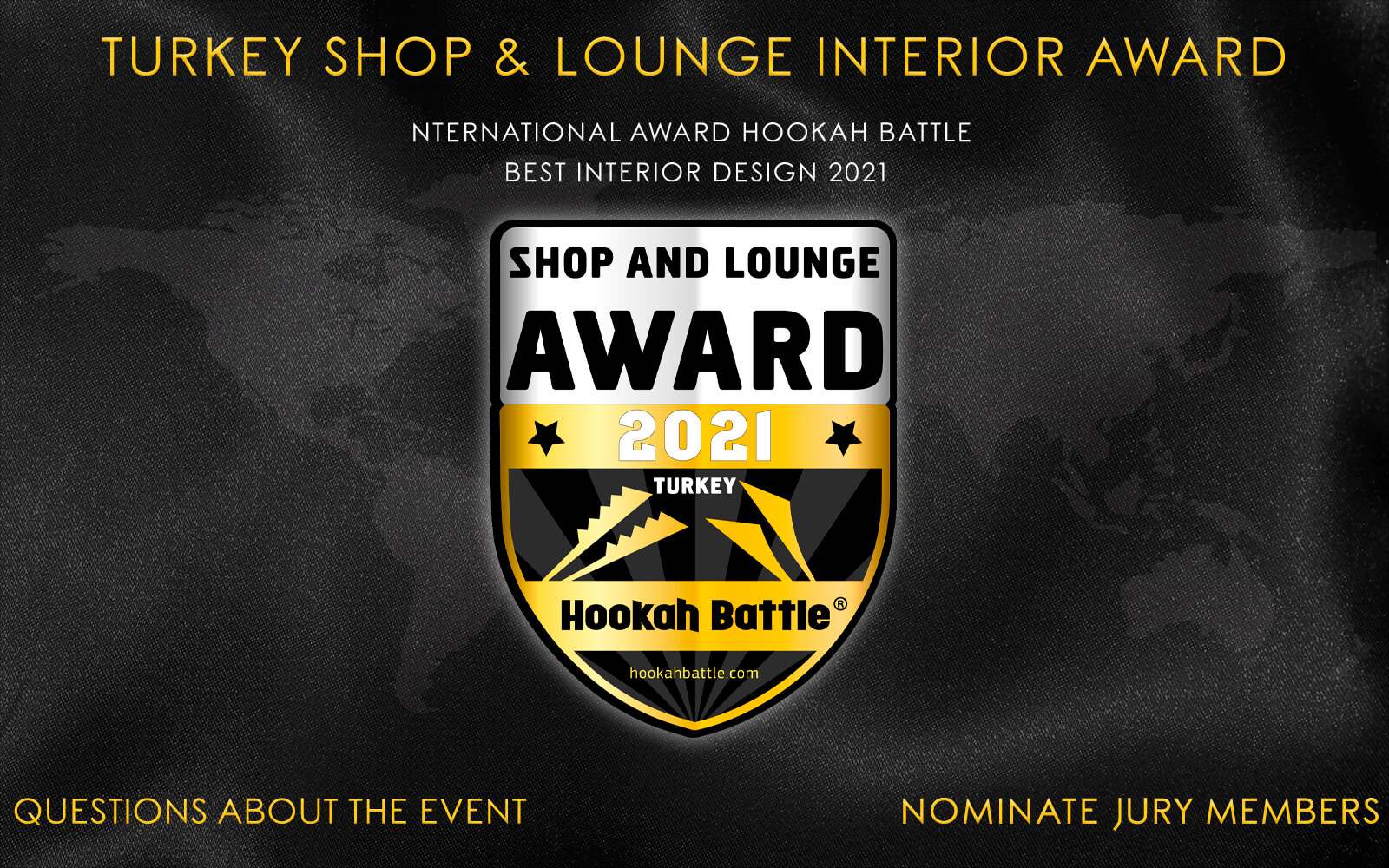 Attention, you are seeing this post, but comments (discussion) are enabled only for verified accounts. (you can receive this status – if you are an employee of a shop, lounge or hookah related company. Basically anyone in the Hookah Industry. More info here) The Hookah Battle is launching two special events in TURKEY: –Hookah Lounge Interior…