Tobacco results of 2020 according to Club24’s viewpoint

We created this list based on the analysis of the hookah tobaccos and alternatives market, as well as two surveys conducted in the group vk.com/club24 (the biggest hookah community in the countries of CIS): “Selection for the short list” and “Sorting of the top 18 candidates”. This post will be similar to the post regarding the “Hookah results of 2020” that the members of the “club” liked so much.

What should I start with? Darkside has finally leading the rankings. Long journey, great products and events. In 2018 they were beat by the ultra popular Serbetli , in 2019 – by Musthave , who came out with super successful flavors. But in the year 2020, for the first time, Darkside took the first line in our ranking! The shots did not fail 🙂  (Darkside has recently released a SHOT line, mixes created by the DS team that are named after regions of Russia) Congratulations!

In second place we have Musthave. I believe that they did not retain the leadership in the industry due to not achieving the pace of introducing new flavors as successful as Pinkman , for example. Now they are trying to catch up. And the situation on the market is changing – another brand successfully entered the market with a dark leaf …

But more on that later. In the meantime, since the first two places are determined, I propose to continue … from the end. Yes, it’s more fun this way! Namely, from the brands who left the ranking altogether.

The WTO was eliminated, but no other premium non-aromatic tobacco has taken its place yet. Do you think Bonche will enter the race in 2021?

Further, in 2019, Cobra appeared in the ranking. And unfortunately left it in 2020. They are finding themselves. It’s a cool project, I think it will work out, even if it takes more attempts. The tobacco line, especially has potential. But this is still not certain.

Who else left the rankings … Nakhla. On the one hand, this was expected, on the other – for all old school smokers it is a blow to the heart. What is going on? About 8% (popularity) in 2018, 3% in 2019, and less than 2% in 2020. Similarly, Fumari suffered the same fate, although a couple of years ago it was difficult to imagine. Yes, and Serbetli left altogether as well (but somehow I don’t feel so sorry about that).

The 18th place was taken by the Brusko, originally a vape products brand. It’s very cool that such “universal” brands appear. We can’t wait to see other well-known manufacturers of e-juice liquids to enter the hookah market. I wish you success in your hookah business!

However, they lag behind the next group. Why group? Because brands in places from 17 to 13 have almost the same scores. Who is there?

17th place: Afzal – As I understand it, it is still in the ranking due to a few unique, niche flavors.

16th place : Please welcome – MattPear tobacco. The guys have been working for a long time and, it seems, finally got the results. What do you think, what will be their future fate? What was your favorite flavor, now that most of you have tried it?

15th place: Al Fakher. Hookah tobacco No. 1 in the world is steadily losing its position in Russia. They could have returned to the top 5 if they added a dark leaf line and improved their aromatics. Plus they have such affordable prices. We cheer for the classics!

14th place: Smoke Angels. They are actively being promoted in Moscow, which brought them to our list. As soon as they start promoting in the other regions, they can make it into the top ten.

Check this out! Arriving to the party of AF, Adalya and Afzal, the next brand.

13th place: Adalya. They are holding up well despite the collapse of the shadow market in 2020 (The market for illegally imported/not taxed tobaccos has suffered greatly and much more regulation is in place now, regarding the legality and taxation of all hookah tobaccos being sold in Russia).

12th place: with a huge lead on the previous group – Satyr. The brand’s steady progression shows that the Satyr team are looking for themselves and exploring their passion. Hopefully, they will create a flavor that will make it necessary for every hookah lover to have this brand in their collection.

11th place: Chabacco! They emerged from the middle of the list, moved the “real” tobaccos, made a rustle, turned up the heat, even swallowed HP (HookahPlace, Russia’s and world’s biggest hookah lounge chain). Very well, I raise the glass of the drunken cherry.

10th place: Severniy (Nothern). They changed a bit into a more positive direction. They deserve to be in this ranking! Marik Morozov is doing a great job promoting the brand as well.

9th place: Tangiers. It lost one percent in popularity this year due to the crazy competition from domestic producers. It is also very expensive compared to the majority of domestically available brands. Considering its high price and market’s competition, entering the top 10 is a great achievement for a foreign brand. Once again, I offer my condolences regarding the death of the founder Eric Hoffman, and I hope that the legend will live on.

8th place: Duft! They had a great, bright year! They seem to have nailed the trends of the year … But for some reason they lost both their position and the percentage of popularity. Is it really based on associations with glitchy Cyberpunk? What do you think?

7th place:  Daily Hookah. There are many “light” tobaccos (nicotine content), which is why they moved down one percent in popularity. Or maybe Darkside paid less attention to DH this year, probably because they were engaged in promotion of the “Shot” line? Tell me what you think!

6th place: Sebero.  They fired hard, and seem to have knocked down Daily Hookah’s sales a bit. Quality inconsistencies raise some questions, but we hope they will work it out in and congratulations on such a cool entry to the top!

5th place: Element with the same share of votes as last year. The addition of new lines didn’t particularly increase its popularity, but it allowed them to stay relevant as the top 5 finalist, which is no small feat.

4th place: Spectrum has grown up, and very well. Cool dynamics and my congratulations on the well-deserved fourth place in our top.

We conclude the discussion with the 3rd place tobacco: Burn, which has risen by as much as 7 ranks since 2019! We believe that the success was facilitated by Black Burn (which is the same category as the main light tobacco). They love the dark leaf in Russia. It’s cold, so we like to smoke more hard😎 Once again, congratulations to the Burn brand!

That’s all, dear friends. We were persuaded to also create a top list for hookah bowls. We will definitely do it. Just taking a short break. 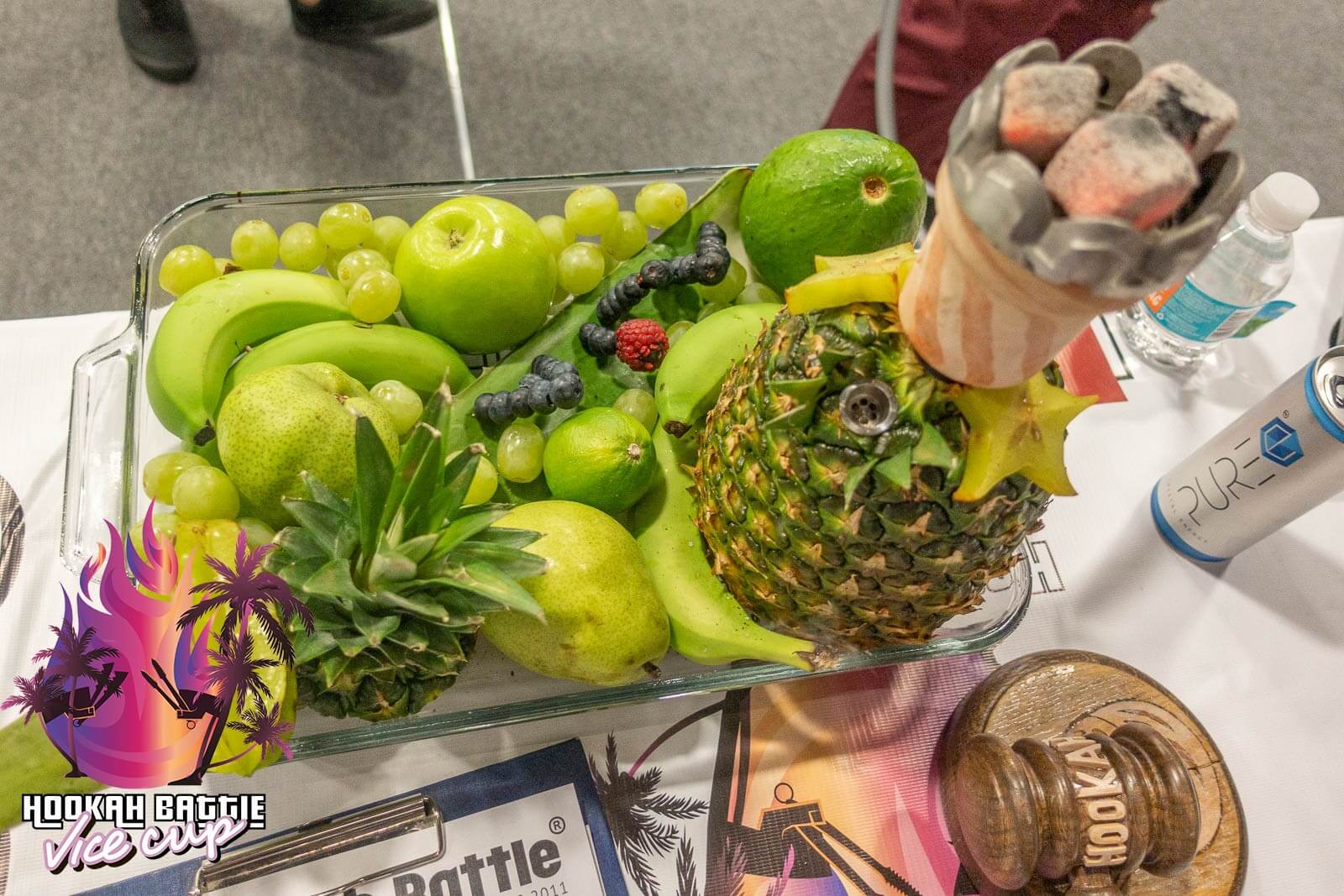 In early March 2019, we held the first battle in Miami (USA, Florida) at the Miami Hookah Fair. 10 teams took part in the competition: some teams were local – from the State of Florida, some teams came from afar, among them: Toronto (Canada), San Francisco (USA, California), Chicago (USA, Illinois). The winner of the…