The awardee of Hookah Battle donated his prize money to the Russian charity fund for helping sick children.

As you mentioned I am from the small island of Cyprus where I co-own with my partners a hookah company named Shishalove since 2012.

I have been a hookah smoker much earlier but decided to make my hobby into business then, starting very small selling hookahs from my own living room and providing hookah service to a bar in my area. 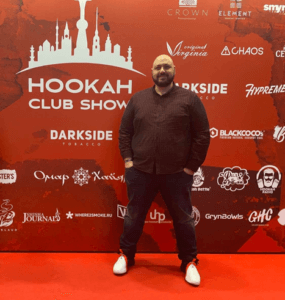 My vision was to introduce to the Cyprus market the modern hookah culture and our main source of products ar the time was Germany.
Since we have grown to the dominant shisha company in our market with 5 physical stores in Cyprus, 2 in Greece through the franchise , an international shop, and over 20 lounges, restaurants, bars where we serve the shisha to the customers. 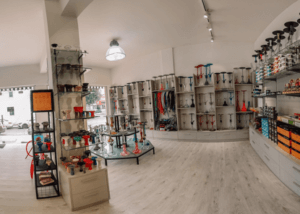 We are also the exclusive distributors of the world’s most premium brands from all over the world.

Last 8 years I always attend international hookah trade fairs such as Shishamesse, Hookah Club Show, and InterTabac and I think I first encountered the Hookah Battle in Frankfurt Shishamesse 3 or 4 years ago and later at the HCS. 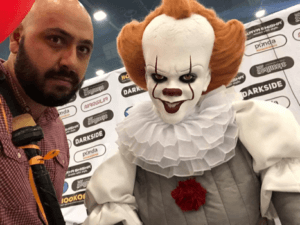 I was very impressed with the idea and the positive vibe of the event and of course, I felt that this is an event that is essential for the international hookah industry and the hookah enthusiasts all over the world. I also loved the fact that the competition is always performed in a positive spirit without any arguments something that complies perfectly with the hookah culture spirit

When Stanislav contacted me to participate in this version of Hookah Battle I was immediately and happily on board because I loved the idea of traveling through the videos to other countries and meeting their culture. 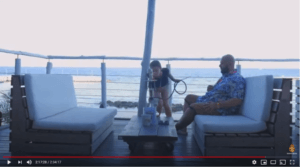 I also was pleased that I had the opportunity to show myself our small country to the other competitors and viewers.
The experience was a bit stressful for me until I finished the recording of the video because I am not really used to be in the spotlight but in the end, I was excited when the time of the event had arrived. It took me a while to record because of my workload with the business and I was even late to deliver the video but it was worth every minute.
About the mix, I was thinking what does Cyprus has to offer that could be interesting and unusual and I came up with the idea of the “Cyprus Flower Garden” mix inspired by the beautiful gardens we have in our houses in Cyprus. 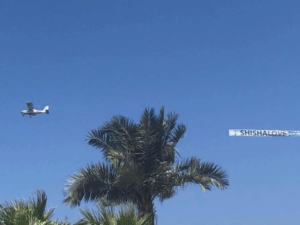 The main reason is that I do like the floral flavors and I especially love the ones that I used in the mix and on the other hand I didn’t want to follow the “safe” path of a fruit-based combination.
Its fun to mention that I came up with this mix because of the competition and I haven’t tried it before but when I did I was confident that it was a very good balanced mix a new experience to hookah smokers. On the other hand, I was afraid that not everyone likes floral flavors and it was a double pleasure when I was watching the judges mentioning that they don’t usually like floral flavors but they loved my mix. The moral lesson here I suppose is to not be afraid to explore unusual combinations of flavors and give yourself the opportunity to meet new experiences in your mouth. After all, this is one of the main reasons we love hookah.

I really don’t have specific hookah tobacco brands that I prefer and I smoke tobacco from all over the world, Russia, Germany, USA UAE, Jordan, and others. I am the kind of guy that wants to try everything and I believe every hookah tobacco brand has some unique flavors that are worth trying. I indeed even like mixing my favorite flavors from each brand regardless of flavor category or strongness. 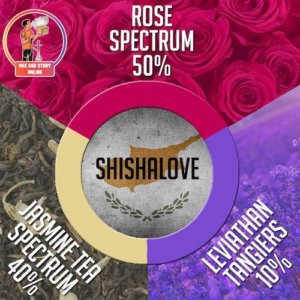 My decision for using 90% Spectrum Tobacco was just because I think those particular Spectrum’s flavors, Sweet Smoke(Rose) and Jasmine Tea are for me the best in the world in their category.

We were in talks with Spectrum export manager Mrs. Dinara before the competition about importing their tobacco to Cyprus and I am glad to announce here that we will have it soon in our market for which I am really excited for.
After the competition which she also saw we discussed the idea and she told me she already was looking for a Levander and mint flavor to try it (the rest 10%). I would be super-honored after this success to give the inspiration to a new tobacco mix flavor I hope they indeed do it one day.

I learned about the Hookah Battle Legends during this competition, to be honest, and is also a great idea from the Hookah Battle Team in my opinion because it gives the extra motive to participate in future hookah battles. 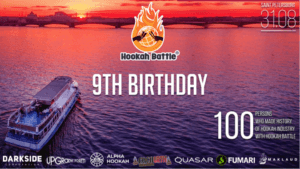 About the future, I will just say why not do it again I had so much fun in the process. Not so easy for me for the classic Hookah Battle during Trade Fairs since I visit the fairs for business 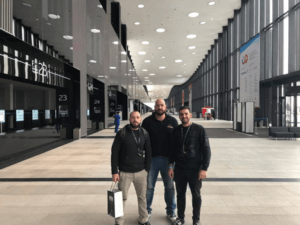 and I usually run out of time but if the team asks me again I will do my best to participate.
As for becoming a Hookah Battle Legend, hearing the comments from the Judges and Stanislav in this competition I already felt like one

First of all, I am sure nobody in this competition participated just for the money prize. The overall experience was so good on its own. 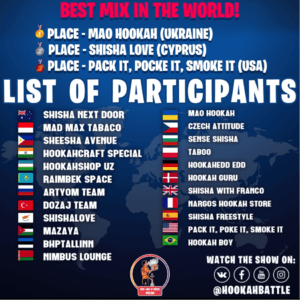 To be honest I didn’t even know until the day of the competition that there was a money prize for the winners.

When it was announced to me I immediately felt that I already earned all those feelings from this competition and was full of happiness about it so my reward was already given.

And since I have a hookah related business and I earn my living from this it would be nice to give something back to the society with this opportunity.

I chose to give it to a Russian charity fund because of my honest beautiful feelings about Russia and the connection I feel with the country which I visited 3 times and the gratitude I have for a lot of good friends and partners there.

For me, this was the best closure to all this amazing experience to which I was given the chance to participate by the Hookah Battle Team.

Donation to charity fund was an unprecedented fact in all our 9 years of history. We asked our Russian community which children charity funds do they recommend and according to the answers from people, we have selected 2 funds, where we have sent the money:
https://podari-zhizn.ru/main/
https://bfkh.ru/